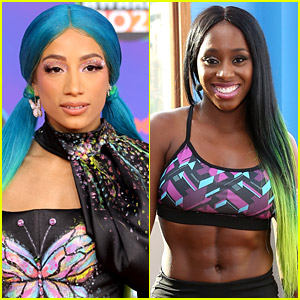 After Sasha Banks and Naomi walked out on Monday Night Raw earlier this week, the WWE has revealed that both wrestlers have been suspended indefinitely. Click inside to read more about the situation… Sasha and Naomi, who were the WWE Women’s Tag Team Champions, have been suspended by the wrestling giant, and their titles have also been taken away. “We will have a future tournament to crown the new WWE Women’s Tag Team Champions,” announced Michael Cole said during Friday’s broadcast. According to the rumors, via TV Line, about what led the two to walk out, Sasha apparently had an issue with the outcome of a planned main event, which would have featured both in a Six Pack Challenge alongside Asuka, Becky… ...Read full story